The Withering Disease of Conflict: A Canadian Soldier's Chronicle of the First World War

This book chronicles the life of Herbert Philp of Guelph, a Guelph Herald reporter, through the lens of his letters home.  Philp vividly describes his experience as a new recruit, a trumpeter and the field of battle, including training at Valcartier and Salisbury Plain, to the Battle of the Somme and Vimy Ridge.  The book is available in both print form and as an e-book. 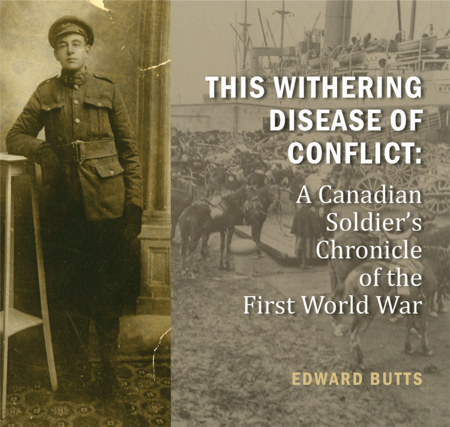 Guelph and Wellington County's Legal Past:

A History of the Wellington Law Association

Established in 1880, the Wellington Law Association was one of the first organizations of its kind created in Ontario.  Its initial function was to create and operate a library of law books, but soon expanded to include social events, attempted regulation of legal fees, and engagement in political and professional issues.  This book is a fascinating account of some of Canada's most signifcant historical figures with roots in Guelph, including Supreme Court Justices and a Premier of Ontario.  With contributions from multiple authors, the book also includes the history of court buildings, fascinating criminal cases, and Guelph's role in shaping modern Canadian law and politics. 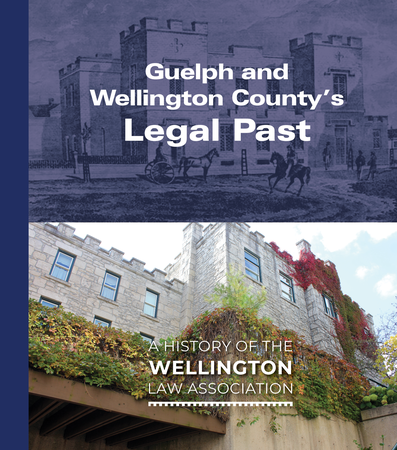 A comprehensive perspective of Guelph from the turn of the century until the dawn of the new millennium, this book picks up where Leo Johnson’s “History of Guelph” left off, and more. 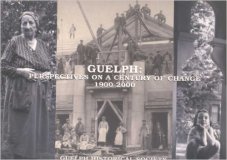 The re-published version of David Allan’s 1939 book About Guelph: Its Early Days and Later contains never-before-published illustrations and historical notes to compare Allan's Guelph to the modern city.  Allan's drawings depict scenes and artifacts from a city long past, including street signs, lighting, wagons, and more. A must-have for every Guelph book collector. 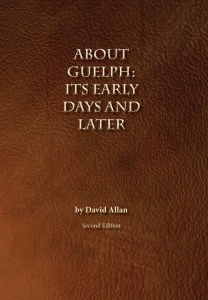