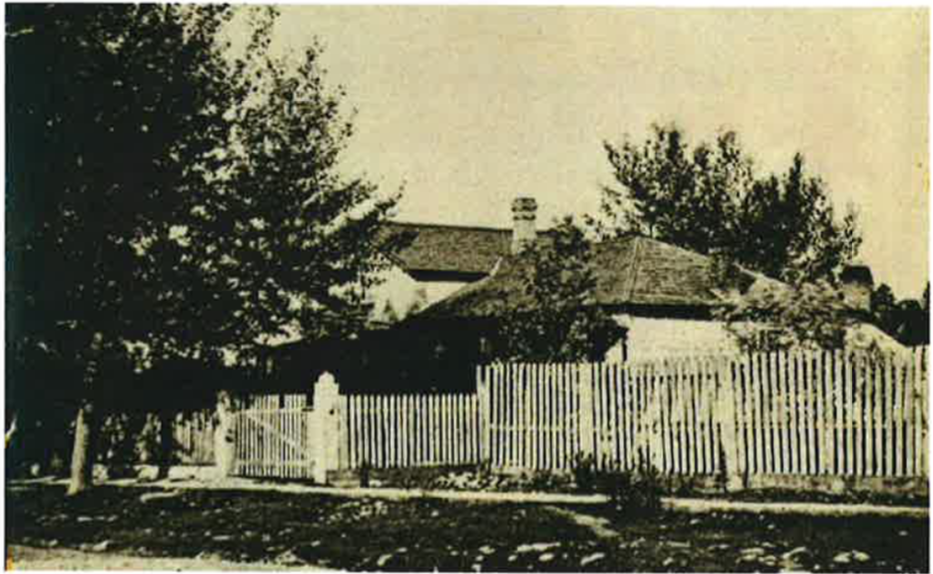 The following article is a modified version of a feature story that appeared in the 7 November 2013 edition of the Guelph Tribune.

The Water Street stone house that was the birthplace of Lt.-Col. John McCrae is undeniably one of Guelph's most significant landmarks, so it may be hard to imagine that anyone could ever have proposed tearing it down.

But that is exactly what happened.

"It would have been a very important thing lost forever", says Jacquie Norris, a longtime local Legion member who knows intimately the story of how McCrae House was saved. Jacquie and her late husband Ernie put up their home as collateral in order to buy the McCrae house and save it from a developer interested in levelling it to put up an apartment building - or so the story goes.

"When he came home and told me, I thought, I can't do much about it now," she says with a smile, recalling that day in 1965 when her husband announced his plan to put their home up as collateral.

But Norris admits she was never too worried about her house being on the line. "None of us ever thought that it would not be a success", she says of the plan to turn the former McCrae family home into a public museum.

It was a plan that actually started long before the historic house went up for sale.

It began with the 1933 formation of the Col. John McCrae Memorial Branch 257 of the Canadian Legion, whose name was chosen to honour the soldier, doctor and poet famed for writing "In Flanders Fields".

In 1940, this Legion group was given a plot of ground next to the McCrae home to use as a memorial garden. The garden and a memorial shrine gradually took shape, and in August of 1946 a dedication was held. Legion members looked after these gardens for years, while they also kept one eye on the house.

"They always felt that if the McCrae home went up for sale, they would like to see if they could buy it," says Norris. And that is exactly what happened.

Norris's husband served in the army in Guelph's 12th Field Regiment during the Second World War. He was one of three Legion members who formed a committee to try to buy the house. The others were Barclay Holmes and Ronald Pequegnat.

They were given a cheque for $500 for a down payment to make the purchase offer, says Norris, "You have to remember that this was when houses were not as expensive as now" she says.

But the bank needed some collateral, and the three men put up their homes to secure the mortgage. "I just think it was something he felt was necessary to do", Norris says of her husband's drive to save the house. "I know he definitely did not want the building torn down."

The Lt.-Col. John McCrae Birthplace Society was formed to fundraise in order to restore the house and pay that mortgage. "Because of McCrae's poem being so popular, donations started to come in from overseas," Norris says.

It didn't hurt that architect Peter Stokes, who did the restoration of the home, was flexible about the payment schedule, she says. "He never pushed for his money" she says.

The house almost had to be gutted, but it eventually came together, with the McCrae family itself generously providing furniture for the home, she says. In June of 1966, the home was designated a National Historic site, and in August of 1968 the John McCrae birthplace officially opened to the public. The mortgage was paid off several years later.

Volunteers looked after the home for years, and a caretaker even lived upstairs for at the time. But eventually, as the birthplace society members were getting on in years, it was decided that its ownership and care should be transferred to the city.

Although Norris knows that many Guelph residents have never even set foot inside the landmark house, she believes it was worth the risk her husband took to save it. "You could build a monument which would indicate the place, but to have the actual home is the important thing," she says, explaining that this tangible place helps people connect to the real person who wrote "In Flanders Fields".

A few things have changed since the city took over including some of the collections.

"We actually have the McCrae family dining room furniture, which they didn't have back in the '60s," says Guelph Museums curator Bev Dietrich.

But the majority of the collection is from the Birthplace Society's time, she says.

It's now all properly stored, digitized and online. And with city staffing, the museum has consistent hours that the volunteers were not able to offer, she says.

Today the house consistently welcomes about 7,000 visitors per year, with about 1,000 of those coming for education programs, says Guelph museums manager, Tammy Adkin.
"We do receive visitors from across Canada and a fair number of visitors from Europe as well," she says.

While local residents don't make many visits, if they have guests staying in Guelph it's a landmark they'll take them to, says Adkin.

"It demonstrates a kind of point of pride in the community" she says.