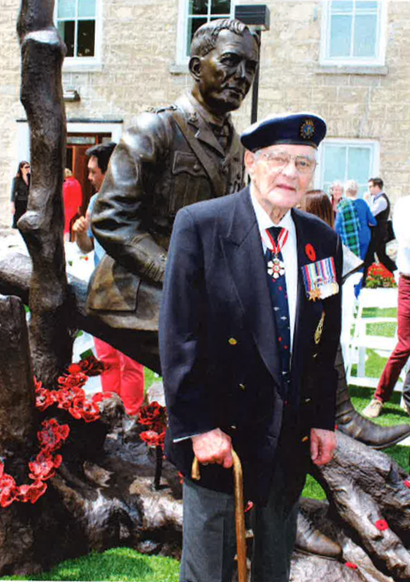 The following commentary represents the speaking notes of Dr, Wiiliam C. Winegard, who delivered this address at the official unveiling of the Lt.-Col. John McCrae statue on the grounds of the Guelph Civic Museum on 25 June 2015.

The poem "In Flanders Fields" has a special place in the hearts of Canadians. To understand the significance of the poem let us go to Flanders Fields at the time of the second battle of Ypres. It was a vicious bloody battle with thousands of casualties streaming into the medical facilities. Dr. John McCrae was doing his best to help the many wounded, despite the fact he was nearly exhausted. At this same time, in the early morning hours of 2 May, John McCrae's best friend, Lieutenant Alexis Helmer, was checking the Canadian position along the Yser canal. Unfortunately, a German shell exploded at his feet. He was in essence blown to pieces.

As the brigade doctor, John McCrae was asked to conduct the burial service for Alexis because the chaplain had been called away somewhere else on duty that evening. It is believed during this very difficult period after the burial, John began to draft of his now famous poem "In Flanders Fields". He was a soldier- from Guelph; he was a doctor- from Guelph. He was one of us and we honour him here today.