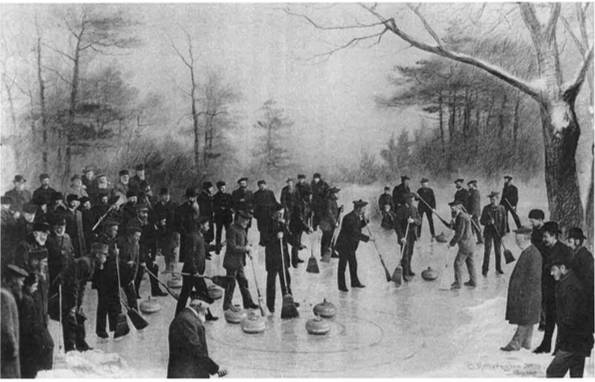 "Men's Curling Match, 1884". In the early days, curling was held outside on local ponds, a particular favourite location was near Allan's dam. Other locations included Goldie's dam and at Sleeman's, or wherever suitable ice was available. Photo courtesy of Guelph Museums, 1981X.282.1.

The Guelph Curling Club celebrated its 175th anniversary in 2013. One of the oldest organized sports in Guelph, curling has its roots in the traditions of the Scottish immigrants that John Galt brought to the area. In Early Life of Upper Canada, E.C. Guillet describes the particular character of curling in those days:

Owing partly to the customs of the times, and partly to the country in which the game originated, whiskey-drinking during matches was early prominent and long persisted... the game is being contested with much spirit, some of which was obtained from time to time from a basket of bottles which are in plain view at one end of the rink.1

The popularity of the sport is evident in the number of curling clubs that were organized in the area. In 1834, Adam Ferguson formed the first curling club in Fergus.2 Then the Union Curling Club was established in Guelph in 1838 and another club was organized in Galt that same year. Later in 1888, George Sleeman founded the Royal City Curling Club.

Curling was well suited to the Canadian climate and geography. Early settlers built mills near natural waterways that would generate power. As a result of these mills, millponds were created that were perfect for curling and skating. Guelph with its many mills along the Speed River offered great recreational opportunities, Some of the favourite locations for curling were near Allan's dam, Goldie's dam, and Sleeman's, in fact, games were informally played wherever suitable ice was available.3 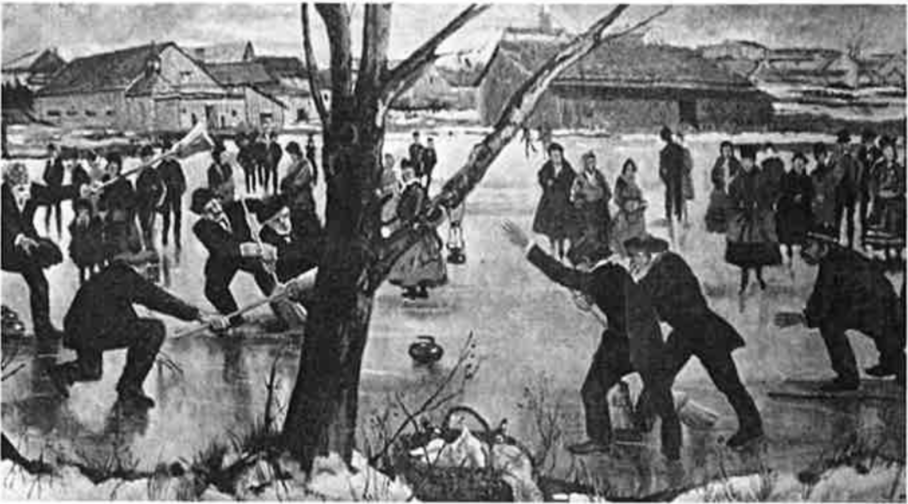 "Curlers on the Speed River" by Evan Macdonald. Image courtesy of Guelph Museums.

It wasn't until 1868 that the first covered rink was built. The rink was located on the northwest corner of Huskisson (now Lower Wyndham Street) and Wellington streets, near Presant's Mill.4 Later, a company was formed to build the Victoria Curling Rink, which was on Baker Street behind Knox Presbyterian Church.5 This rink was used for both skating and curling in the winter and rollerskating in the summer.6  The original Victoria Rink burned down in 1914 but was rebuilt and the Curling Club existed in this location until it moved, in 1968, to its present location on Woolwich Street north of Woodlawn Road. The Victoria Rink was demolished and its former footprint is part of the Baker Street parking lot.

Although curling has moved indoors and whiskey bottles are no longer found at the end of the rink, curling remains a popular sport with an enthusiastic following and games are still played "with much spirit". Curling will continue to be part of Guelph's history for many years to come. 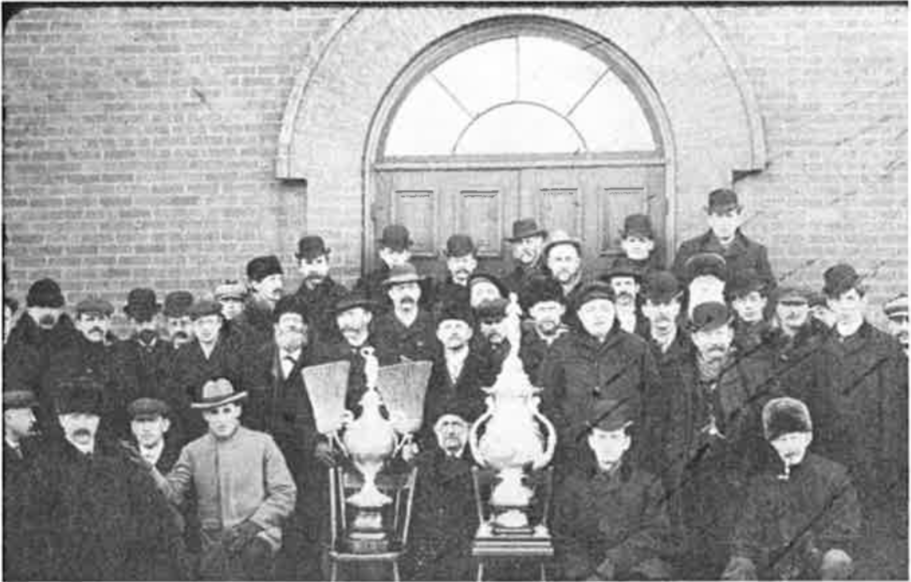 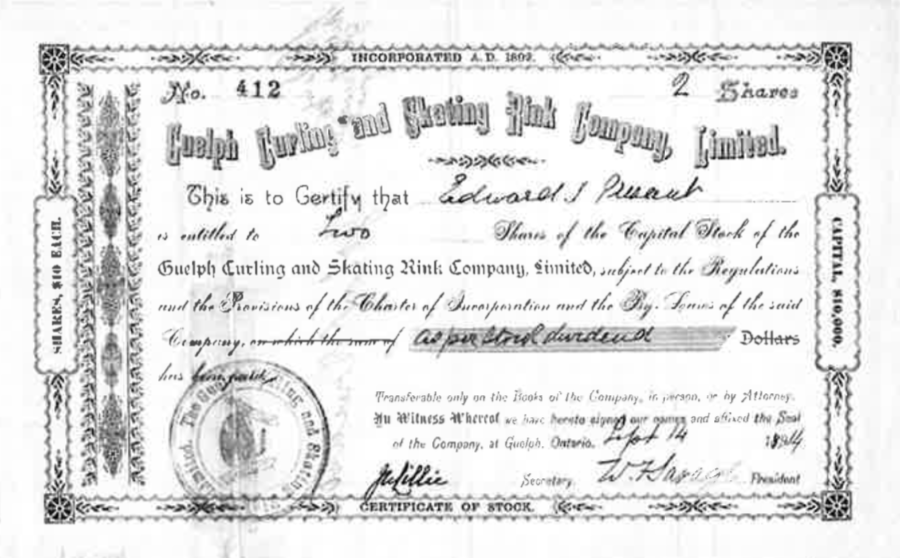 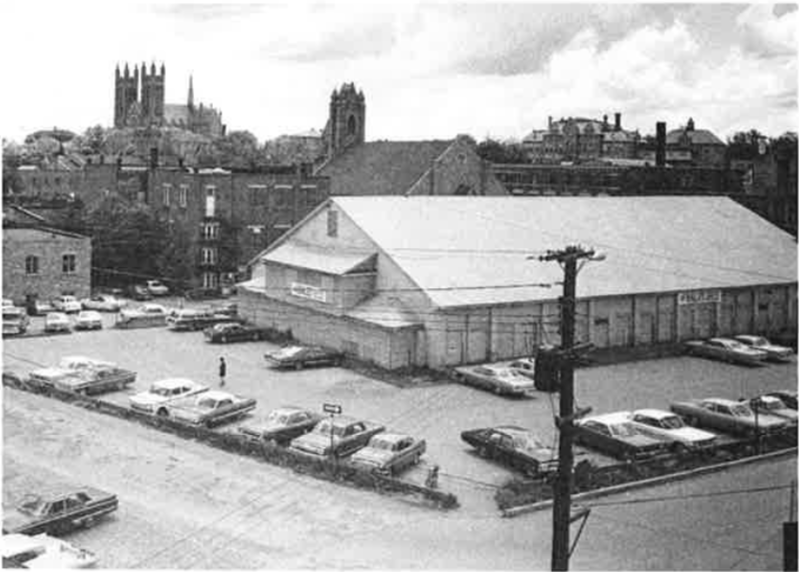 Guelph Curling Club at the Victoria Rink, Baker Street, circa 1967. A company was formed to build the Victoria Rink, which was on Baker Street behind Knox Presbyterian Church. The rink was used for both skating and curling. The original rink burned down in 1915 but was rebuilt. Image courtesy of Guelph Museums (1988.24.25).