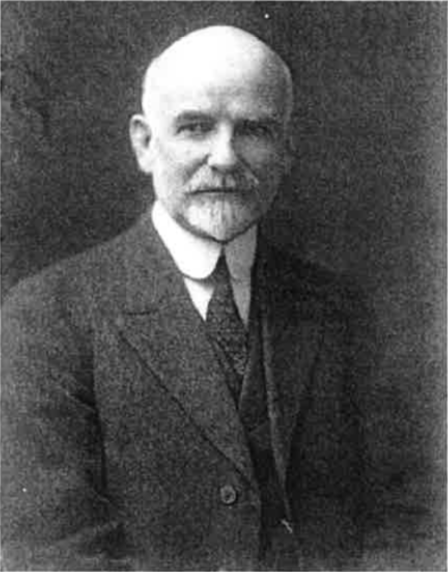 Charles Zavitz was born in Coldstream, Ontario, in 1863. His family was a rare combination of both Quaker and United Empire Loyalist.1 From his childhood, Charles' life was shaped by Quaker beliefs and practices. Quakers were noted for placing a high value on education. At a time when many farmers were happy to see their sons start helping on the farm, his father kept all three of his sons in school through senior matriculation and then sent them off for post-secondary education: Samuel to New York State in Buffalo, Edgar to Haverford, a Quaker college in Pennsylvania, and Charles to the Ontario Agricultural College in Guelph, Ontario. Throughout these experiences, Charles adopted the Quaker principle of continuous improvement, and would later apply it to his research.

When Charles graduated from the two-year program at the Ontario Agricultural College in 1886, the College administration recognized his skills and kept him on staff as a junior chemist. Soon after that, the College introduced a three-year degree program under the auspices of the University of Toronto. Charles was one of five students in the first graduating class of 1888. Again the administration demonstrated its confidence in him and appointed him Assistant Superintendent of Experiments. Within five years, Charles was in charge of all field crop experimentation at the College. A new department of Field Husbandry was opened in 1904, with Charles at the head of the department. The Department had a new building erected on campus (now Zavitz Hall) and Charles and his family lived in the house across the lane. 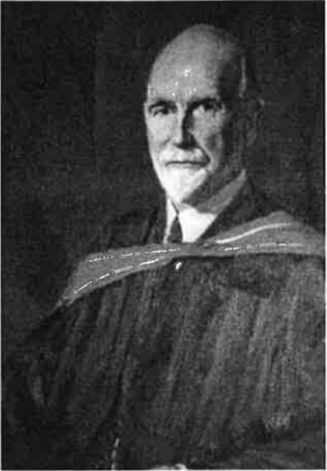 As early as 1902, Zavitz was starting to stand out for the way in which he harnessed the scientific method to improve crop yield. He would collect seeds from Great Britain and the United States, and conduct tightly controlled experiments with meticulous attention to all the variables and procedures. His use of genetic scientist Gregor Mendel's methods paid off as his experiments in cross-fertilization produced seeds that carried the most desirable features for that crop. A true scientist, his results had to be repeatable; a practical man, his results had to be usable in Ontario's soil and weather conditions.

Influenced by the Quaker emphasis on consensus and collaboration, Zavitz revitalized the Ontario Agricultural and Experimental Union resulting in thousands of partners for his experimentation. The Ontario Agricultural and Experimental Union, with Zavitz as its secretary (a position he held for 40 years) encouraged farmers to experiment on their own farms with seed, fertilizer and advice supplied by its members and the College. In return he asked for detailed results of their plantings. In 1888, twelve farmers participated. By 1905 the Union was able to offer to every township in Ontario material for experiments with fodder crops, roots, grains, grasses, clovers and fertilizers, and by 1924 more than 100,000 farmers were conducting various experiments on their farms. Ontario's crop yields were increased exponentially by using the Union to "distribute his experimental materials throughout the province."2 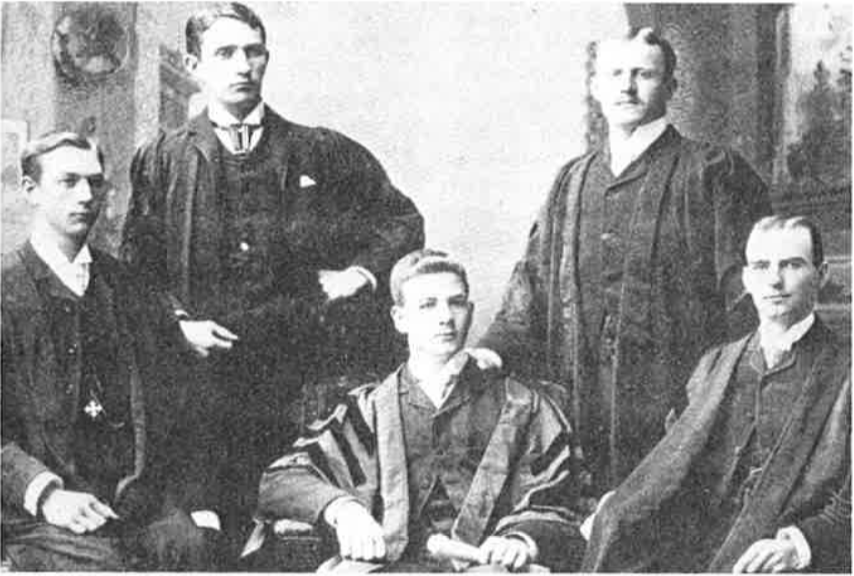 In 1916, the University of Toronto recognized Zavitz for his research and influence by awarding him an honorary Doctor of Science degree. The recognition, awarded during World War I, also included his peace activism. "Charles was the founder of the Canadian Peace and Arbitration Society, Canada's first peace group."3

Zavitz was acting President of the College when an on-campus militia program was proposed by then Minister of Agriculture James Duff. Zavitz offered his resignation rather than agree to the request. Local members of the Conservative Party petitioned the Minister not only to accept his resignation as acting President, but also to dismiss him for a lack of national loyalty. The farming community came to Zavitz's defence, and the furor died down when President Creelman returned to his duties.4 Zavitz could not separate his Quaker beliefs from his professional responsibilities.

Like many Quakers, Zavitz neither smoked tobacco nor drank alcohol. These worldly pleasures were associated with a lifestyle that often led to ill health and human suffering. Similarly, he was concerned that his efforts should affect the human condition positively and not negatively. When the Agricultural College was approached by the tobacco growers of Ontario to conduct research on their behalf, Zavitz led the opposition to the proposal. He did not want to waste research efforts that should be used to feed people on something that would harm them.

Though Zavitz was a pioneer in the development of soybeans for commercial production in Ontario, he also improved crop yields in potatoes, alfalfa, sugar beets, peas, grain, and field beans. His most wide-reaching accomplishment came in the study of grains, notably barley. He started sampling and cross-pollinating various species of barley as early as 1903. After seven years of experimentation, he was able to release OAC 21 barley. This variety quickly took over the barley industry, and accounted for a majority of barley planted in Canada for the next 38 years. Ironically, OAC 21 barley also proved to have superior malting qualities and was the best grain suited to the brewing of beer. To show their appreciation, the Canadian Brewers Association wanted to present Zavitz with an award in recognition of his contribution to their industry. He did not share their enthusiasm and would not accept the award in public, but rather had it mailed to him.5

Zavtiz retired from the university in 1927, to Poplar Hill, Ontario, and "continued his agricultural experiments but more as a hobby to keep abreast of things."6 Retirement also allowed him to become more involved in Quaker activities. Though Quakerism had lots of "thou shalt nots", it was more characterized by its "thou shalts," as in thou shalt leave the world a better place than you have found it. To that end, Zavitz was instrumental in founding the Canadian Friends Service Committee in 1931 and he became its first chairman. "ln 1932 [Zavitz] published a booklet containing his personal thoughts from over the years. The result was Spiritual Life. He had 1,000 volumes printed and distributed them, free of charge, to his relatives, friends and associates." 7

By the time he died in 1942, Zavitz had collected an impressive list of honours. In 1935, the University of Western Ontario awarded him an honourary Doctor of Laws degree. He was the first Canadian to be named a Fellow of the American Society of Agronomy. He was also named as an Honorary Fellow of the American Association for the Advancement of Science, and of the Canadian Society of Technical Agronomists. He was one of the founders of the Canadian Seed Growers Association. He was inducted posthumously into the Canadian Agricultural Hall of Fame in 1974, into the Ontario Agricultural Hall of Fame in 1984, and received an Honourary Doctor of Science degree from the University of Guelph in 1999 to commemorate the 125th anniversary of the Ontario Agricultural College.

Though he had established himself as one of the leading crop scientists in North America, and as a major spokesman for the peace effort in Canada, when Zavitz died, his small, plain tombstone in the Quaker Burial Ground in the town of his birth simply gave his name, date of birth and age in years, months and days. 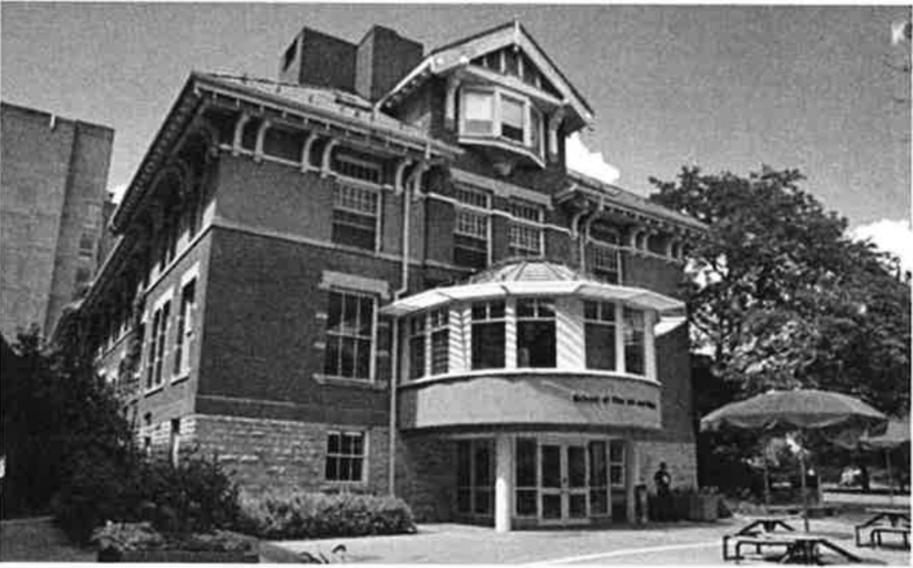