As far back as ancient Phoenicia and Egypt, perhaps as long as commerce has existed, traders have banded together to seek common protection and develop common goals. Later, codes were established to govern the conduct of trade. And still later, efforts were begun to exert influence on legislative matters.

The first known use of Ia chambre de commerce occurred in Marseilles, France in 1599, where such an organization was established by the city council. Both Louis XIV and Napoleon used the chamber to their advantage. In 1762 the City of Marseilles actually helped finance a 74-gun ship of the line called Le Commerce de Marseille.1

The imperial ambitions of Kaiser Wilhelm I of Germany gave impetus to the chamber of commerce in that country. Recognizing the usefulness of such organizations in promoting trade and training young men for commercial careers, Bismarck encouraged their establishment in principal cities. Other European countries promptly followed Germany's example.2

Europe's oldest English-speaking chamber of commerce is that of Glasgow, Scotland, established in 1783. From the 18th century, Glasgow was one of Europe's main hubs of transatlantic trade with the Americas. After the Acts of Union in 1707, Scotland gained trading access to the vast markets of the British Empire and Glasgow became prominent in international commerce as a hub of trade to the Americas, especially in the movement of tobacco, cotton and sugar into the deep-water port that had been created by city merchants at Port Glasgow.3

Chambers of Commerce and Boards of Trade are incorporated either federally or provincially in Canada and governed by the Board of Trade Act. Under the Board of Trade Act, a Chamber of Commerce requires a minimum of 30 businesses in a community of at least 2,500 people (1,500 people in British Columbia or the Territories). Some Chambers in Canada pre-date Confederation: Halifax (1750), Quebec City (1809), Saint John (1819), Montreal (1822), Kingston (1841), Toronto (1845), Hamilton (1845), and Ottawa (1862). The Guelph Board of Trade was incorporated by vote in the first parliament of Canada on 4 March 1868 to formalize the business association that had been meeting since 1827.

The Canada Company was a large privately chartered British land development company, incorporated by an act of British parliament on 27 July 1825, to aid the colonization of Upper Canada. The Canada Company assisted emigrants by providing good ships, low fares, implements and tools, and inexpensive land. John Galt, who was born on 2 May 1779 in the port town of Irvine (25 miles southwest of Glasgow), was the company's first Canadian superintendent. In 1827, Galt established the village of Guelph within the Huron Tract as headquarters for the Canada Company.

The Guelph Chamber of Commerce, in one form or another, has been part of the history of Guelph since it was founded. The growing community soon realized that an organization was needed to stimulate and encourage economic growth and to represent Guelph business interests. Within four months of the founding of Guelph, the Board of Commerce was established.4 The original Board of Commerce aimed to introduce the village people to each other and to find ways to encourage businesses to establish in the newly founded village of Guelph. The founders recognized clearly that the development of a prosperous village was dependent upon the development of business. Membership in the early Board of Commerce included millers, auctioneers, lawyers, distilleries, a coal oil refinery, and a woolen mill. The issues of the day included encouraging business development, building a rail station, and city taxation. 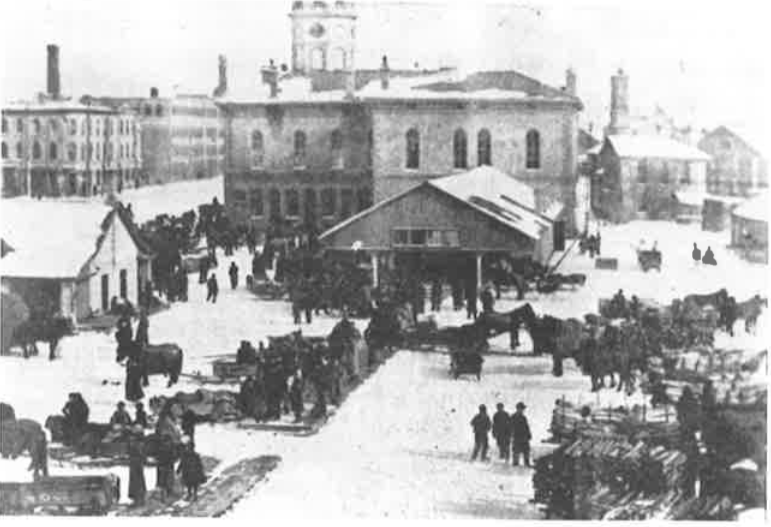 The forerunner of today's Gueþh Farmers' Market was established in 1827. The cornerstone for a new Market House was laid in 1856. The new market square became the focus of agriculturaI commerce. Photo courtesy of Guelph Public Library, F38-0-14-0-0-156.

Another crucial boost to Guelph's economy came in 1851 with the opening of the redeveloped Guelph-Dundas Road (now Highway 6), which made the community less isolated and opened markets to the east and beyond. The announcement of plans for a Guelph-Toronto rail line, with a second link to Galt, triggered a boom in Guelph. Properties that sold for £300 in 1851 were selling for £1,800 to £2,700 in 1855 and new factories opened.

Guelph businesses were severely affected during the international depression (1877-1879) and many businesses turned to a revitalized Board of Trade for solutions. The Board responded with two main objectives: civic improvement to attract customers and stimulate cash flow in the community, and company subsidization. The Board of Trade developed a close relationship with City Council and many decisions were made together, including the Guelph Junction Railway. In 1885, Guelph merchants created the Guelph Junction Railway to compete with the Grand Trunk Railway (GTR) and as the answer to the GTR's high rates. Rather than operate such a small railway themselves, the merchants leased the line to the Canadian Pacific Railway on a sixteen-mile link to Campbellville. The Board of Trade was an active partner with City Council in the decision to buy the Guelph ]unction Railway in 1903 from the merchants. The arrival of the railway led larger industries with national and international markets to set up shop. These included: James Goldie Company Ltd. (milling); Raymond Sewing Machine Company; McRae & Company (textiles); and the Bell Organ Company. The City of Guelph still owns the railway today and Guelph is unique in that it is the only municipality in Canada to have its own federally chartered railway.

In the early 1900s, it was determined that municipal ownership of key utilities would strengthen the City, so Guelph became owner of waterworks, rail, electric power, and gas utilities. In 1903, citizens of Guelph voted to buy the Guelph Light & Power Company for $155,000. It was turned over to the Board of Light and Heat Commissioners, a move that helped ensure reliable electrical service for businesses and residents. From 1903 to 1906, the Board of Trade represented the business community in the forefront of the debate for what would later become the Power Commission of Ontario.

On the first trip of the Guelph Railway Company's new streetcar system, the car jumped the track. Included on the maiden ride on 17 September 1895 was railway founder George Sleeman, his family and dignitaries. There were no injuries or damage. Streetcar, ca. 1900. Photo courtesy of Guelph Public Library, F38-0-10-0-0-9. 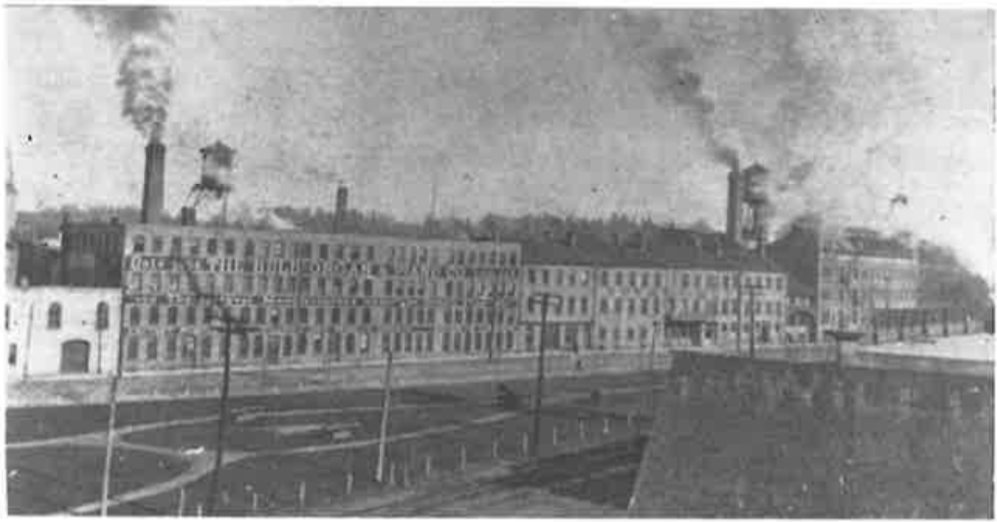 Display of Hammond Transformers, circa 1950. Hammond Manufacturing traces its beginnings to 1917 when Oliver Hammond, a tool and die maker, set up a small basement shop. By 1920 the company had started building radio sets as radio stations were beginning to appear. Photo courtesy of Guelph Museums, 1979.75.31. 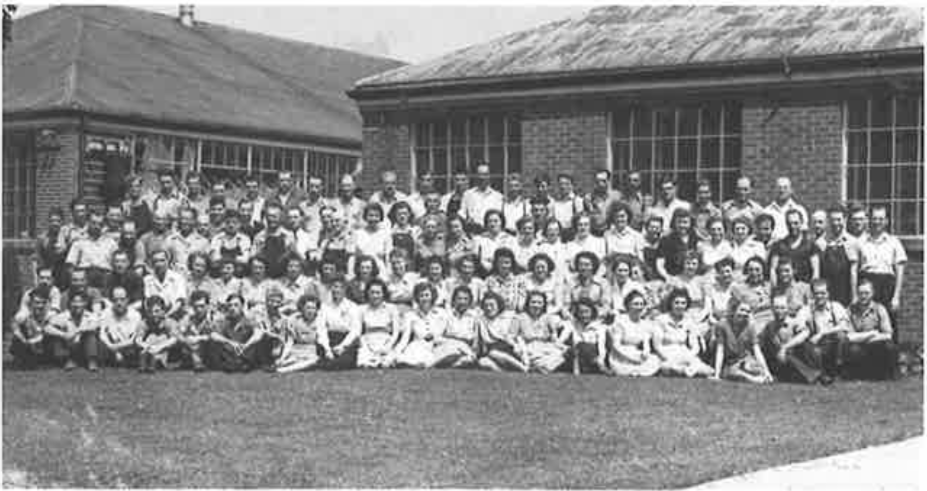 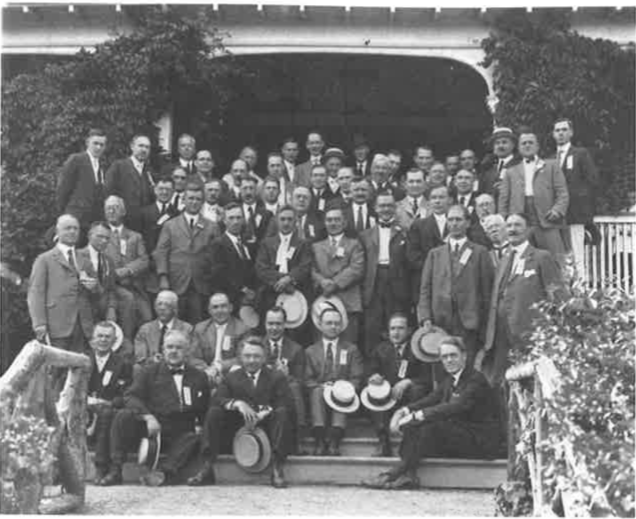 In 1911, Guelph was one of 45 founding members of the Associated Boards of Trade of Ontario, later known as the Ontario Chamber of Commerce. On 21 February 1911, W. J. Gage said:

Made up as the organization is by representatives from local boards of trade from every section of the Province, leaving, I trust, your political tendencies behind, men with a full knowledge of the subjects under consideration, and seeking only the welfare and prosperity of the Province, as a whole, the recommendations and suggestions of such a deliberative assembly as this should have a far-reaching influence in shaping legislation and in helping forward every movement having for its object the betterment of present conditions in the Province. 5

The present Guelph Chamber of Commerce was named in 1919. "A Chamber of Commerce is a chamber of citizenship."6 The Guelph Evening Mercury on 13 February 1919 stated: "The reorganization of the City of Guelph can best be accomplished by the establishment of an entirely new community organization to succeed the Board of Trade."7 The new Chamber was expected to have a larger representation of the interests and the elements of the City and, at the same time, provide an agency for public service. The Chamber was formed on 28 February 1919 after a large-scale membership drive that included intense canvassing and widespread advertising throughout the region. With an objective of 400 members and J.C.R. Foster as campaign manager, a year later the roster for 1920 shows 390 memberships. On March 5, a celebration was held at the Royal Canadian Café to bring in a new era of the Chamber of Commerce.8

Over the years, the name of the organization has been modified, but the founding objectives continue to support the vision established by the founding members so many years ago, that is, the betterment of Guelph through economic and community development. 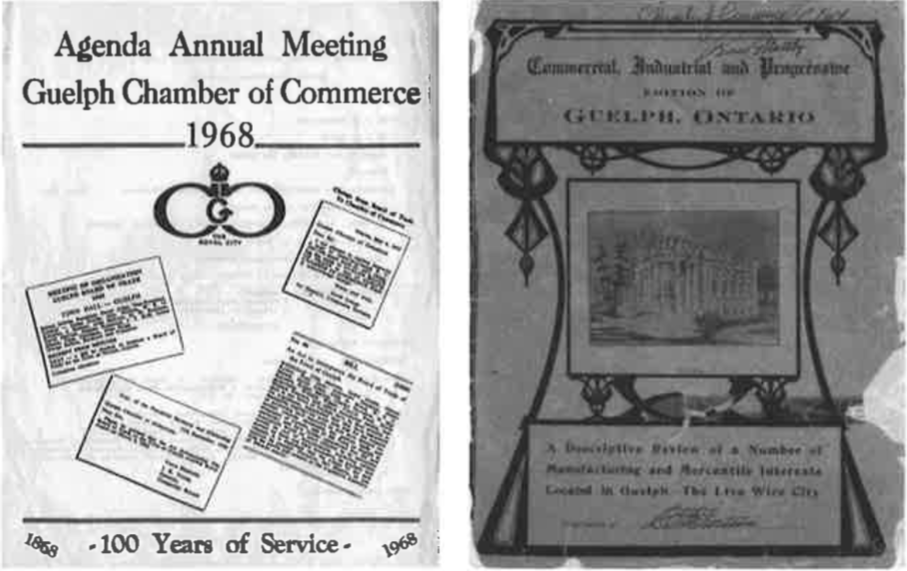 The Chamber of Commerce in the new Millennium

The Chamber continues to provide innovative programs, such as the School Wokplace Apprenticeship Program (SWAP). In an effort to help young people find employment opportunities and to provide information and experience, the

Chamber launched SWAP in 1988-89. In 2001, the Guelph Chamber took a leadership role by establishing two important programs, designed to provide ongoing solutions for local issues of concern to business and community. Concerned about Guelph s growing shortage of family physicians, the Guelph Chamber offered an interest free loan of $50,000 for the local Physician Recruitment & Retention Committee to attract new doctors to the city. Equally concerned about Guelpn s shortage of skilled labour, the Guelph Chamber established the "Millennium Scholarship Fund", to offer a $500 bursary to a Guelph high school graduate entering a trade or technical program at Conestoga College of Applied Arts and Technology.

The Chamber has also formed many innovative partnerships within the community. It was a founding partner of the Guelph Wellington Business Enterprise Centre in 1999, which helps entrepreneurs with business information and support services for start-ups and existing businesses. The Chamber and the City of Guelph combined forces to produce a joint comprehensive business directory, the Guelph Business & Membership Directory (1999- 2000). In 2008, the Guelph Chamber helped to establish Immigrant Services Guelph Wellington. Through increased funding from Citizenship and Immigration Canada, Immigrant Services is dedicated to helping people new to Canada through settlement services and language assessment and training. 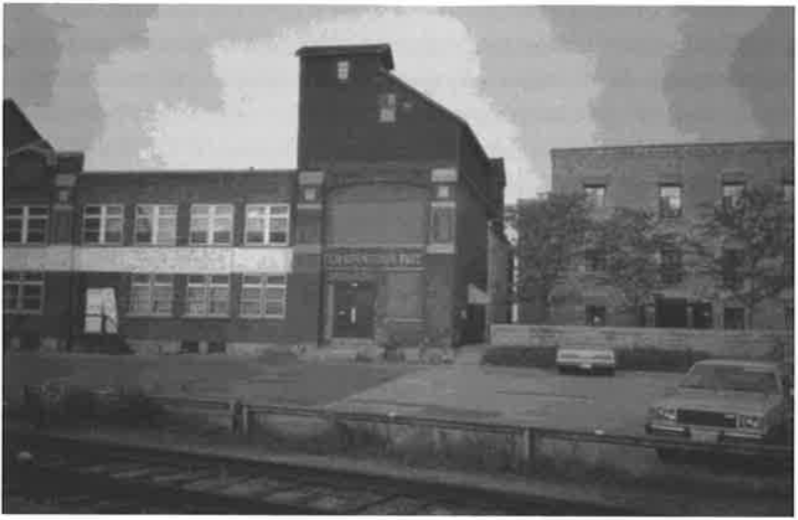 The Chamber of Commerce relocated to the Gooderham Worts building in 2012.  Photo courtesy of Guelph Museums, 2009.32.604

On 15 December 2010 funding was approved and given to the Chamber by the Ontario Ministry of Economic Development and Innovation to create Innovation Guelph. Innovation Guelph is one of fourteen regional innovation centres in the Ontario Network of Excellence, focusing on job creation and investment through business acceleration programs and industry academic collaborations.

In 2012, the Guelph Chamber of Commerce relocated to the downtown. The Chamber's offices are located in the former Gooderham Worts building, one of the City's oldest industrial buildings. The move co-locates the Chamber with Innovation Guelph, the University of Guelph, National Research Council, and establishes a business centre to house small and early stage businesses.

The Guelph Chamber of Commerce will continue its mission to "represent the voice of business contributing to economic growth, profitability, competitiveness and community involvement for all types of businesses and business people in Guelph."9 As business changes and the knowledge economy develops, the Guelph Chamber will continue to adapt and contribute to Guelph's prosperity using its rich history as the basis for future success.

- The Guelph Chamber hosted a fundraising drive through the cooperative payroll deduction program for the redevelopment of local hospitals. The Chamber helped to raise $7.7 million for St. Joseph's Hospital and $5 million for the Guelph General Hospital.

- The Guelph Chamber's new communications material and logo is introduced, an up-to-date business directory is published, and new education programs are launched. The Chamber, in partnership with the City of Guelph, initiated and developed the Guelph Quality Awards Program.

- In 2004, the Chamber forged an alliance with Guelph Women in Networking (GWIN) so its members could gain access to the Chamber's resources and connections to help develop their businesses.

- In 2008, the Guelph Chamber hired a physician recruiter with funding from the City of Guelph. New physicians were brought to Guelph and the list of patients looking for doctors went from more than 6,000 to zero within eight months.

- In 2011, the Guelph Chamber of Commerce, in partnership with the University of Guelph, City of Guelph and Grow Guelph, produce a joint business directory of the city launching the "Connect Guelph" initiative.