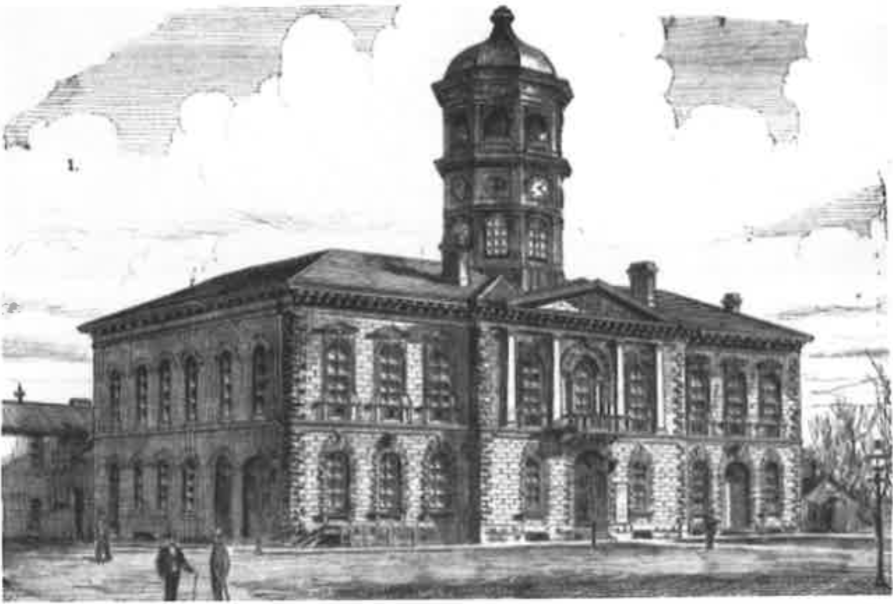 Guelph newspapers, for half a century from 1866, took a continuing interest in local history, publishing several lengthy series based on the recollections of early pioneers. Indeed, when t}re Canadian lllustrated News, Montreal, featured woodcuts of Guelph in its May 8, 1879 issue more than 200 copies of the newspaper were sold by local bookstores. A second supply was ordered! Residents were clearly interested in local history.

Before 1909, the Guelph Mercury reviewed old files and offered items, such as "30 Years Ago" . These interesting historical recollections of an earlier time continue to this day. While newspapers published articles of local history, there was no organization dedicated to its collectiorc study and publication. On lune 17,19'1,0, a "Letter to the Editor" in the Guelph Mercury from "Historicus" suggested the creation of a Guelph Historical Society. Historicus stated the purpose of the society would be to photograph and record information on homes that were more than 50 years (1860) old. The letter was prompted by the destruction of the very early Ayling home on Quebec Street. While a history of the Ayling house had been printed the day before, there were no further comments on the formation of a Society, except for a supportive "Editorial" by the Gueþh Mercury on Monday, June 21, 1910, which also promoted the creation of a suitable monument to John Galt.

The Guelph Eaening Mercury of February 23, 1924 announced that a historical society was being organized. The meeting, which was held in the YMCA, was attended by 11 people and the name Wellington County Historical Society was chosen. Officers included Sheriff A.S. Allan, Roswell Goldie, Norman C. Williams, David Allan, and Harry Howitt. Roswell Goldie was impressed upon to be the President and the majority of the Executive were from Guelph' The society planned to take a leadership role in saving the old Priory. The Society had also optimistically printed 300 membership cards but at- tracted few members. A note in tirre Fergus News Record of January 28, 1926, asked "Where is the historical society?" It was gone. 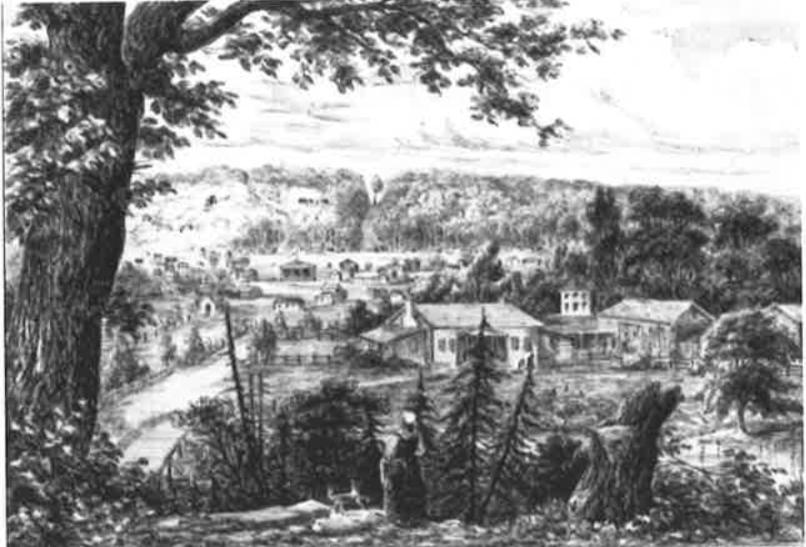 The Wellington County Historical Society was reorganized in 1931 with Dr. A. E. Byerly as Secretary. Major contributors to the Society were Byerly and David Allan. Membership climbed to 109 by 1934 when the Society hosted the Ontario Historical Society annual meeting in Guelph. It published research papers given at the annu- al meeting. Research tended to centre on Guelph. The annual publications included articles written by: Allan, Byerly, Wright, Carter (Vol. 1, 1932); Byerly, Allan, Foote (Vol. 2, 1933); and Stevensorç Allan and Byerly (Vol. 3, 1934). The Society became dormant after 1936.

A four-page pamphlet, entitled "Old Time Guelph", dated March 31, 1937, was printed by J. R. Howitt of 20 Douglas Street. He requested stories from those who lived in the city before 1888 and presents a lengthy list of topics. If he got sufficient response he pro- posed to type four copies and was going to ask some concerned residents to edit the work. The result of this interesting endeavour is not known. Possibly the "J. R. Howitt Scrapbook" in the Society Archive contains the results of this endeavour. 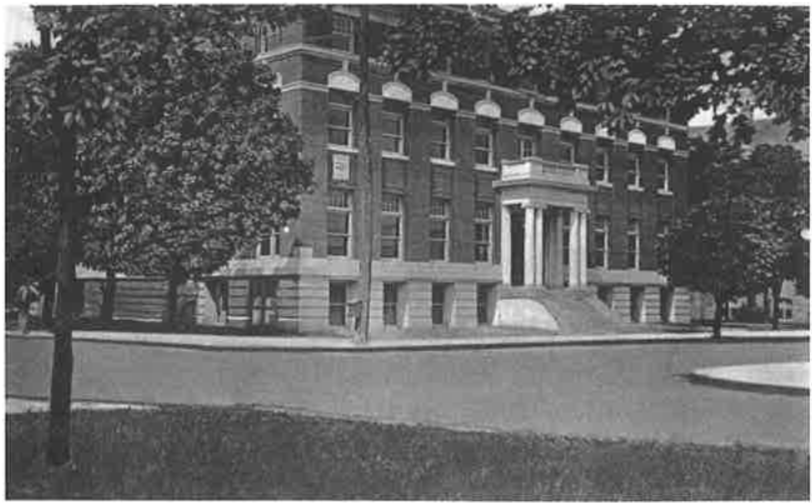 The Provincial Board of Women's Institutes added historical rec- ords as an area of interest for study by local branches. Formative discussions began in Wellington County about1926 and on October 25,1928, six of the 13 Centre Wellington branches met and formed a Historical Research Committee. On July 31., 1929, the Wellington County Historical Research Society (WCHRS) was formed. Each branch had a historic research convenor. Ada Currie was the first President. Its aim was to preserve artifacts and local information of the pioneer period. From February 1932, the collection was housed at the Ontario Agricultural College. Some large items were lost when the barn burned in 1943. The WCHRS met annually and sponsored a historical essay contest.

In 1955, the WCHRS gave honorary patrons certificates to Alderman Fred Dixon and Guelph columnist Verne Mcllwraith for outstanding contribution to the society. In the same year, the WCHRS was reconstituted so it could cooperate with the 40 Women's Institute branches to raise money to cover the cost of its new Elora Museum, which had recently opened in an old store. Mrs. Victor Robinson (Guelph) was President and other members of the Executive were: Norman Drimmie (Elora); Mrs. H.M. Warren (Elora); Mrs. Victor Robinson (Guelph); Brock Davis (Minto); Mrs. A.B. Currie (Ospringe); Gordon R. Kinsey (Puslinch); Norman D. Stafford (Elora); Miss Mabel Stewart (Guelph); Mrs. james Fair (Guelph Township); Mrs. Alvin Lyons (Minto); Findlay Weaver (Guelph); and Barclay Holmes (Puslinch). The term "Research" was dropped from the Society title in 1997. Volume One of Wellington County History was published by the Society in 1987. Many articles in the journal deal with Guelph.

Hugh Andrew Douglass,B.A., B.Ed., came to Guelph in 1955 to teach Art and French at GCVI. A hobby of his was collecting early Upper Canada and Ontario public and grammar school textbooks. His li- brary, dating from 1900, numbered 350 volumes. He was also inter- ested in the historical development of secondary schools in Guelph.

Douglass became interested in the history of GCVI and of the city. He found much of the recent City history not recorded. Douglass, with a number of friends from the GuelphDaily Mercury, called an open meeting on Tuesday, Feb. 21, 1961,, to discuss the possibility of organizing and "preserving the history of Guelph." There were 21 people present. The name "Guelph Historical Society" was chosen. The first officers were: Hugh Douglass, President; Verne McIl- wraith, Vice-President; Mrs. Frances McKay, Corresponding Secre- tary; Harold Cole, Recording Secretary; and Fred Grundy, Treasur- er. Executive members were Prof. D.B. Shutt, Mrs. W.P. Gamble, and Findlay Weaver. Mcllwraitþ Cole and Weaver were writers for the Guelph Mercury.

During the first year, the society took the initial steps to establish a museum and began to collect and catalogue the artifacts. The society opened a small museum in the summer of 1962 but the artifacts were stored in Hugh Douglass, garage. Douglass stepped down as President ln 1964 and was followed by Vernon Mcllwraith. During his term the Civic Museum was brought to fruition. The artifacts in Douglass' garage was transferred to the museum but the 'paper' and photographs were deposited at the University of Guelph in1964 by Hugh Douglass and Greta Shutt. The collection was catalogued under the file name Guelph Historical Society. Some other material was deposited with the Guelph Public Library.

Douglass left the city in 1965 for a teaching positiory and to reno- vate his ancestral home in Pennsylvania. He had previously stepped down as President taking over the duties of Secretary.

Also during this period an effort was made in vain to reclaim Guelph items from the County museum. The most valuable re- search resource still held by the Society are the 25,000 research in- dex cards created by volunteers and used in the production of the History of Guelph written by Leo ]ohnson and published by the Society in 1977. As well, some research material was acquired from the estate of Robert Stewart.

Historical Research from 1925: Byerly and Allan

Dr. Alpheus Edward Byerly was a precise researcher and writer. Byerly was born in Iowa in 1894 and became an osteopath. He opened a practice in Fergus 1n 1921but moved to Guelph in 1924. He became interested in the early history of Guelpþ Fergus and Elora. He was a prolific writer. Some of his work included the Fer- gusson-Webster settlement under the title Fergus: The Beginning of Things, which was published on August 1, 1935. It was a consolidation of "Our History" articles published in the Guelph Mercury in 1,934 and early 1935. These columns dealt with the early settlement of Wellington and Waterloo Counties.

An interesting initiative Byerly took was to write to the Canada Company in Toronto to ask if they would make a small donation toward the restoration of the Goderich grave of William 'Tiger' Dunlop, the Warden of the Forests and Woods and the right-hand man of john Galt in the founding of Guelph and Goderich. The company refused inasmuch as they had never heard of Dr. Dunlop. Byerly notes "how fast time dims the memory of our pioneers." A similar fate has fallen on Dr. A.E. Byerly, probably the most meticu- lous and dedicated researcher of Guelph's history.

Byerly wrote columns for the Guelph Mercury, London Free Press, and Fergus papers. When the Wellington County Historical Society organized in 1925 with Roswell Goldie as President, Byerly contrib- uted to the programs and also wrote for the 1931 Society.

A major portion of his collection is in the Archives of Ontario. When the old files of thre Guelph Mercury and Guelph Herald were to be disposed of, he acquired them and kept them at his home at 100 Woolwich St. About 1934,he sold them (minus his clippings) to the Archives of Ontario, Toronto Public Library, and Guelph Public Library. Alpheus Byerly died in Guelph on June 8,7960.

David Allan was born in Guelph in 1863, the son of William Allan. FIe was the Sales Manager for Bell Piano and Organ Co. for 40 years. Allan was interested in local history and contributed articles, mostly on milling, to the local historical societies and presented a paper to the Ontario Historical Society in 1934. His research is not penetrating, however, the artistic sketches accompanying his book are detailed and the best available for the period. The Gueþh Dnily Mercury published his "typed book" in 12 columns entitled, "About Guelph" in 1941. David Allan died in Windsor in 1939.

In addition to the major published works, History of Guelph, 1827-1927 and Perspectiaes on a Century of Change, 1900-2000 published by the Society, a number of other important works should be mentioned.

Don Coulman published Guelph: Take a Look at Us. This illustrated book, which liras 197 images, was available for Christmas 1976.

Jean F. Hutchinson. The History of wellington county. It includes many references to Guelph. 1998,  480 pp.

Gordon Couling completed his monumental inventory of Guelph houses built before 1927 in the mid-1920s and wrote the first "Walking Tour" booklet.

There are now many 'single interest' books on Guelph Hydro, The Homewood, and other topics.