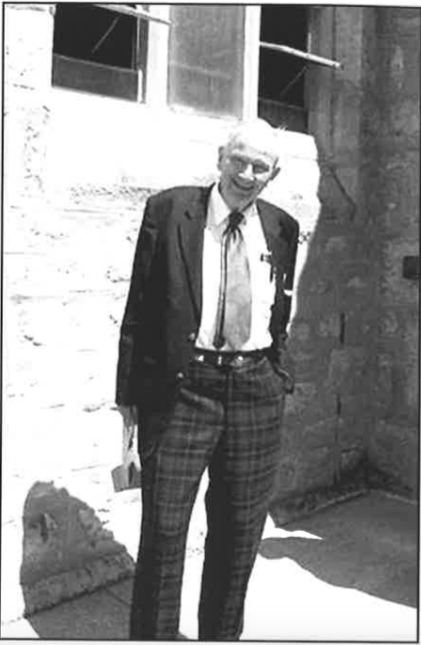 The sympathy of the Guelph Historical Society is extended to GHS President Ann Guthrie and her sister Margaret on the June 28, 2010, passing of their beloved father Hugh Guthrie. Mr. Guthrie was predeceased by his wife Lorna (nee Knight) in 2006. He was a remarkable man who was a gentleman in the true sense of the word. He will be fondly remembered as a fine man with a generous spirit and keen wit who loved his family, his friends, his community, the law, politics, and his pets.

Mr. Guthrie was a graduate of Osgoode Law School and was called to the Bar in 1956. He was a past bencher of the Law Society of Upper Canada and the long-time County of Wellington Solicitor. Mr. Guthrie was in private law practice with the Guelph-based law firm Hungerford, Guthrie & Berry - an association of nearly 55 years. His obituary in the Guelph Mercury noted that Mr. Guthrie served on many boards of directors including Blount, Linamar, the Homewood, St. Andrew's Presbyterian Church, and the Guelph Community Foundation.

He was a renaissance man who made important contributions to the quality of life in our community. In recent years, the Guelph Community Foundation, the Guelph Museums' Capital Campaign, and the Guelph Historical Society benefitted from his wisdom, his interest, and his energy. Thanks to Mr. Guthrie and his family, funds from the Lorna Guthrie Fund at the Guelph Community Foundation were donated to provide programs for the June 2008 Gala for the 125th Anniversary of the Ontario Historical Society sponsored by the GHS, the Ontario Historical Society, Guelph Museums, and the University of Guelph. The event raised funds for tsunami relief in Indonesia. A GHS member himself, Mr. Guthrie offered financial support to the first annual John Galt Kirking event in 2008, and prior to his passing he pledged funding in support of the planned Allan Book Project to commemorate the 50th anniversary of the GHS in 2011. Mr. Guthrie was honorary chair of the Guelph Museums' Capital Campaign before his illness. Recently, his daughters presented a generous lead donation from Mr. Guthrie to initiate the Guelph Family Tree Campaign to aid in funding the Loretto Convent Museum conversion. The Hugh Guthrie Archives Room at the new Civic Museum will remind Guelphites of Mr. Guthrie's many years of public service and philanthropy.