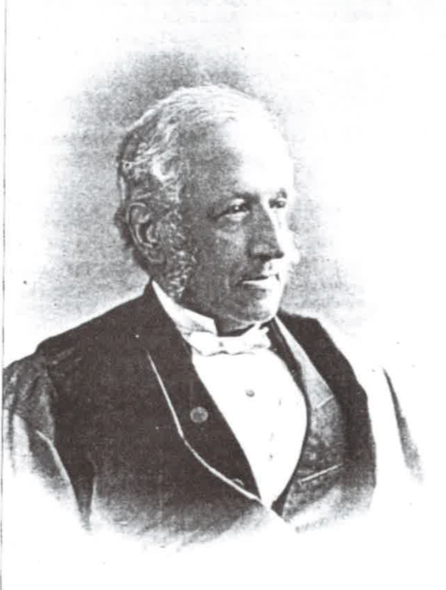 Genealogy, or the study of one's family history, is said to be the fastest growing hobby in America. To anybody who has been involved in such a study, the thought of compiling a history where such members and family connections include John Galt, the founder of Guelph; two Fathers of Confederation; two famous painters; a member who was a neighbour and friend in Alberta of Edward, Prince of Wales (later the Duke of Windsor); and a great conservationist named Kortright would be an intriguing challenge. I had the pleasure of working on such a history with Joan Price who recently moved to Guelph and is the great- great-granddaughter of John Galt.

Joan's mother kept a fascinating scrapbook of newspaper clippings and comments about John Galt, his descendants, and the families who were connected by marriage. With additional information obtained at the Guelph Civic Museum, Joan and I were able to put together a fairly complete family tree and to learn much about these exceptional people.

John Galt was a well-known Scottish man-of-letters who came to Canada in 1826 as the Principal Agent of the newly formed Canada Company. The latter was the largest land development company in Upper Canada history, having bought 1,100,000 acres of land to sell at a profit to new immigrants. Galt was born in 1779 in Ayrshire and in 1813 married Elizabeth Tilloch who, with their three sons, John (born 1814), Thomas (born 1815) and Alexander (born 1817) followed him to Canada in 1828. The land he chose was situated north and west of Hamilton, with rich soil and plenty of water. On St. George's Day, April 23, 1827, the first tree, a maple, was felled. The spot by the Speed River is marked by a plaque near the railway bridge where Macdonell and Woolwich Streets meet. The park which has been developed along the river near that spot is appropriately named 'John Galt Park.'

Nearby, Galt built a fine log house, known as 'The Priory.' Although it has been destroyed, a model can be seen in Riverside Park and at the Guelph Civic Museum. He named the settlement 'Guelph' in honour of his sovereign, George IV of the House of Flanover, a branch of which was descended from the Guelphs of medieval Germany.

John Galt had high hopes for Guelph. As a scholar himself he felt that schools and churches should have high priority and that urban amenities, provided by merchants and tradesmen, were necessary to attract settlers. These so-called 'extravagances' led to financial difficulties, and the Canada Company recalled him to England in 1829.

Galt's sons returned to Canada at a later date and all three made their mark on the developing country. John, the eldest, became a collector of customs in Goderich and a promoter of the Buffalo-Lake Huron Railway. His second son, Thomas (who was Joan's great-grandfather) became a lawyer, married Frances Perkins in 1847, and built a 'handsome' house on Pembroke Street in Toronto, where his daughter Ethel, (Joan's grandmother) grew up. Thomas became Chief Justice of the Court of Common Pleas in Ontario in 1869 and was knighted by Queen Victoria in 1868.

Galt's youngest son, Alexander Tilloch Galt, entered politics and became a member of the Upper Canada Legislative Assembly. He was Minister of Finance in the MacDonald-Cartier government and was part of the two preliminary conferences which discussed the union of the then Canadian colonies. These conferences resulted in the British North America Act, and by signing it in 1867, Alexander Galt became one of the Fathers of Confederation. He was knighted by Queen Victoria in 1869, a year after his brother, Thomas.

John Galt's second son, Thomas, is the side of the family which is of particular interest to Joan Price, as her paternal family tree descends from him. Thomas Galt's daughter, Ethel, married Austin Shaw, a famous portrait painter. In Joan's living room, there is a beautiful painting of a young boy, the artist's son, Galt Shaw who was Joan's father, and who died in 1942 when she was a small child. (An example of Austin Shaw's work can be seen in the People's Church in Toronto where there hangs a magnificent portrait of its founder.) Shaw and Ethel moved to California where he died in 1942 shortly after the deaths of his wife and son. While there he painted the portraits of a number of famous people, including Irene Dunne, Lawrence Tibbett and Aime Semple McPherson.

Of Thomas Galt's other children we find that his son George, who moved to Alberta, owned the ranch next to that of the Prince of Wales and they became fast friends. In her mother's scrapbook Joan found a newspaper clipping and a photo of them. Thomas Galt's daughter Ada married James Stewart Tupper, son of Sir Charles Tupper, the Nova Scotian doctor who became a politician, and who was instrumental in bringing Nova Scotia into Confederation (thus becoming another Father of Confederation). As a member of the Federal Government, he was Prime Minister briefly until his Tories were defeated by Liberal Sir Wilfrid Laurier. Joan remembers visiting Ada Galt Tupper's daughter, Frances, her father's first cousin. It was a very gracious home and made a great impression on the young girl.

Another son of Sir Thomas was Percy Galt, a well-known lawyer in his day. He was a member of the Argonaut Rowing Club, and as such sculled with the famous Ned Hanlan. Percy's daughter Yvonne married Francis H. Kortright, L.L.D., a well known conservation leader and naturalist who was outspoken against the pollution of land, water and air before it became a popular concern. He is remembered in Guelph by the Kortright Waterfowl Park - a sanctuary and breeding place for aquatic birds - as well as by Kortright Road.

Joan remarked that upon coming to Guelph to live, she felt a real sense of belonging. In returning to the place where her great-great-grandfather had had such high hopes, only to find them doomed to personal disappointment, she would discover that over the years his dream had indeed become a reality.